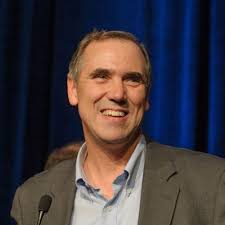 After President Trump’s disastrous summit with Russian Vladimir Putin in Helsinki, I contacted my congressman, Rep. Earl Blumenauer, asking him to immediately draw up articles of impeachment against the president. I said in my letter:

…our president betrayed his oath by openly pledging his fealty, trust, and service to an antagonist state that deliberately took aim at our democracy. Call me crazy, but when our founders granted Congress the power of impeachment, I’m pretty sure they were thinking about a scenario that looks an awful lot like this one.

Today I called the congressman’s office and was dismayed to learn that Rep. Blumenauer will not be pursuing impeachment because “the votes are not there.” This misses the larger point: by drawing up articles of impeachment, we make the Constitutional and moral argument for impeachment. We are invited onto cable news programs, we make our case to the American people, and we use the impeachment argument as a spearhead for a long and sustained strategic attack. This is is the kind of strategy that the right has employed to achieve remarkable political success – success that stands in stark contrast to their relatively small numbers. Rep. Blumeauer’s aid couldn’t even articulate the congressman’s strategy in moving forward. It was a depressing conversation.

Senator Merkley, you’ve consistently shown that you’re willing to move ahead of the pack and take risks in the name of progressive leadership. Will you, publicly and immediately, urge the House of Representatives to draw up articles of impeachment against President Donald J. Trump? And will you call upon the Oregon congressional delegation to take a lead on this matter? It’s hardly an overstatement to say that we are in the midst of a constitutional crisis. The Democratic Party must take bold and immediate steps to become the protagonist in this unfolding political narrative and earn its way back to power.

My letter to the congressman is attached and below. Thanks so much for your time and your service. I sincerely look forward to hearing from you.

A Congress That Won’t Impeach Does Not Deserve Your Vote 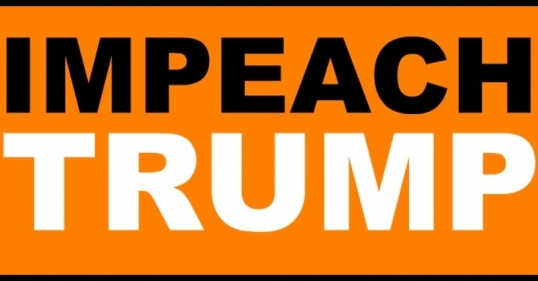 Yesterday in Helsinki, the President of the United States of America stood in front of the world and pledged his allegiance to the leader of a hostile foreign power. He willfully and deliberately ignored the verifiable conclusions of our intelligence agencies. In 2016, Russia actively and maliciously moved against our democratic republic by interfering in our elections.  Yet our president chose to believe the “strong and powerful” denial of Russian President Vladimir Putin, rather than accept the findings of the CIA and FBI.

Congressman Blumenaeur, I call upon you, as a duly elected member of the House of Representatives, to immediately draw up articles of impeachment against President Donald J. Trump. Article I, Section 2 grants the House this sole power. There are only 435 people in this country who can begin impeachment proceedings, and you are one of those people.

Let’s be clear: I’m not demanding impeachment because I disagree with the president’s tax policies. Or because of his opposition to affordable healthcare. Or his hostility to safe and legal abortions. Or his flagrant misogyny and racism. Or even his despotic and deliberately cruel policy of deporting foreigners he doesn’t like while separating them from their children.

No. These are issues best adjudicated by legislation and free and fair elections.

Helsinki is something else. Yesterday, our president betrayed his oath by openly pledging his fealty, trust, and service to an antagonist state that deliberately took aim at our democracy. Call me crazy, but when our founders granted Congress the power of impeachment, I’m pretty sure they were thinking about a scenario that looks an awful lot like this one.

Your public record shows that you’ve given the matter some thought. Now is the time for action. There are at least two foundations upon which articles of impeachment might be drawn:

Former CIA Director John Brennan said, “Donald Trump’s press conference performance in Helsinki rises to & exceeds the threshold of ‘high crimes & misdemeanors.’ It was nothing short of treasonous.” True, legal experts disagree about the threshold of treason as outlined in the United States Constitution’s Article III, Section 3: “Treason against the United States, shall consist only in levying war against them, or in adhering to their enemies, giving them aid and comfort.” While there is no formal declaration of war between the United States and Russia, an attack on our electoral process may – and should – be construed as an act of warfare. And President Trump has certainly adhered to our enemy and given it aid and comfort. You can, should, and must make the case for treason.

On May 9, 2017, President Trump fired FBI Director James Comey. Two days later, he explained his reason in an interview with NBC’s Lester Holdt:

But regardless of [the] recommendation, I was going to fire Comey…And in fact when I decided to just do it I said to myself, I said, “You know, this Russia thing with Trump and Russia is a made-up story, it’s an excuse by the Democrats for having lost an election that they should’ve won.”

By the president’s own admission, he fired Director Comey because of the FBI’s investigation into Russia’s interference in the 2016 election. This is obstruction of justice, a “high crime and misdemeanor” if ever there was one, an impeachable offense under the Constitution’s Article II, Section 4.

As a member of the House, it is your job to draw up articles of impeachment. As your constituent, it’s my job to make sure that you do. In a liberal democracy, the most meaningful power I have is my vote.

For that reason, I will not vote for you this November unless you do everything in your power to work for President Trump’s impeachment. He must be removed from office. Perhaps you’ll point to your stellar record as a progressive Democrat and say that mine shouldn’t be a single issue vote. Or maybe you don’t want to antagonize the likes of Leaders Nancy Pelosi and Chuck Schumer, who’ve both made it clear that impeachment is off the table. Or maybe you think that Democrats shouldn’t overplay their hand right before an election.

Bullshit. Our founders are howling from the grave through the psychic medium of our Constitution, through which they have empowered you and every other member of the House to respond to this unprecedented crisis forcefully and without equivocation.

For decades, my grandfather worked in management at the Hanford Nuclear Reservation, both during and after the war; upon retiring, he held the office of AHRCO Vice President. He and I had many political disagreements. I know that he sometimes wondered if he was leaving the world in better shape than he found it. But I never questioned my grandfather’s patriotism. He consistently – and knowingly – put his own health and safety at risk because he believed that America was worth the fight. That we stand for something important, immutable, and indomitable. That when America is attacked, she responds with force.

America is under attack. It’s time to respond with force.

I promise that I’ll have your back. With that in mind, I’m urging everyone I know, Democrat, Republican, or otherwise, to withhold their votes from any Congressional candidate who fails to actively advance the cause of the impeachment of President Donald J. Trump. And – more importantly – to give our full throated support to those who fight for it.

No more expressions of outrage. No more rants on Facebook or Twitter. We can’t wait for Robert Mueller. The time to act is now.

Thank you for your service, and for God’s sake, do the right thing.

Yours in the Cause of Freedom,