The U.S. Must Strike Now. But Not Against Syria 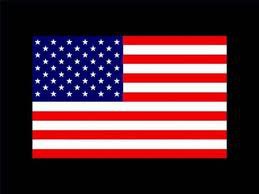 This week, members of Congress will make what is possibly the most important vote of their careers. They will decide whether or not to support President Obama’s call for military action against the oppressive government of Syria. It’s a momentous choice, and while some legislators have already made up their minds, for those who are still on the fence, the decision is pure agony.

It need not be. The choice is stark and simple. The United States is the world’s greatest – and perhaps only – superpower. We have an obligation to stand firm against the forces of evil. We cannot sit idly by while a nation commits human rights atrocities. America must act, and it must act now.

But not against Syria. True, its government has used chemical weapons against its

own people. True, its army routinely detains, tortures, beats, and kills unarmed civilians.  True, Syrian President Bashar al-Assad has turned his country into a charnel house, a black hole of human rights, and an international pariah.

But there yet looms a larger threat: a rogue nation that puts our very planet on the very brink of collapse and ruin.  Aggressive and belligerent to the point of bellicosity, this country repeatedly ignores international calls for multilateralism, cooperation, and basic human decency. It chokes the world in a vice-like grip of greed and insatiable avarice. It is the number one threat to our global security, and yet accountable to no one.

It is the United States of America.

Let me be clear: I am not asking Congress for a declaration of war. This will bear no resemblance to Afghanistan, Iraq, or even Libya. There will be no boots on the ground. But the time to move is now.

Is the American public ready for this? More ready than you might think. 49% of all Americans support a strike against our own military. Besides, when it comes to right and wrong, you don’t go around asking permission. You’ve got stand tall and be tough. But if hearts and minds needs be moved, so be it. The United States has never shirked whipping up public support when it comes to demonizing our enemies. And since the United States’ greatest enemy is the United States, it’s only fair to lay before the public the worst of our government’s innumerable atrocities:

The United States is a Human Rights Pariah

The United States is one of 195 signatories to the Geneva Convention. Yet the  Washington Post identifies 367 men who are currently being detained in the Guantanamo Bay detention camp. These individuals have not been formally charged with any crime, let alone brought to trial, and many have been there since the camp was established in 2003. Reports of prisoner abuse and torture are rampant. Amnesty International said: “Guantanamo has become the gulag our times, entrenching the notion that people can be detained without any recourse to the law.”

U.S. President Barack Obama promised in his 2008 campaign to close the

Believe it or not, the US is not #1 in everything. We rank 38th in healthcare, 17th (in the developed world) for education, and 27th in infant mortality. But as polluters, we run a close second only to China, which produces 6,018 million tons of greenhouse gasses per year, as compared to America’s mere 5,903 million tons.

But did China get there all by itself? No way, baby. Who do you think funds the activities that produce those greenhouse gas emissions? U.S. Corporations, that’s who. Every time you purchase a product with the words “Made In China” engraved on non-recyclable plastic, feel proud that you’ve done your part to contribute to that country’s sky rocketing pollution. Take a look at CNN’s staggering list of U.S. corporations that export jobs to China: Google, Apple, Target, Toys ‘R Us, Verizon, 3M – even American Greetings employs people in China. Ironic, isn’t it? But what a great way to avoid all the pesky labor and environmental restrictions that cut into these corporations’ astronomical profits. So go ahead, People’s Republic: toot your own made-in-China horn as the world’s greatest polluter. Just don’t forget the U.S. companies that help put you on top.

The U.S is a Global Military Menace

Now, you’d think that a country that spends this kind of dough on weapons would feel more secure, not less. But that’s not how it’s panned out since the end of the Second World War. From the 1940s to the early 1970s, the U.S. carried out a pointless, bloody, and unpopular war in Vietnam. The American government was a great friend and supporter of

Augusto Pinochet, the infamous Chilean dictator who murdered and “disappeared” thousands of peaceful political dissidents. It also supported South Africa’s racist apartheid government, and listed Nelson Mandela’s ANC as a terrorist organization. In the 1980s, the U.S. supported right wing military juntas in Central American countries such as El Salvador and Honduras. In both 1991 and 2003, the United States invaded and waged undeclared wars in Iraq. (The pretense for the second invasion – complicity in the 9/11 attacks and a stockpile of weapons of mass destruction – proved to be one hundred percent false.)

And today? The United States repeatedly carries out drone strikes against no less than seven countries, including Somalia, Yemen, and Pakistan. These attacks have killed hundreds of children. Mark Bowden, author of Black Hawk Down, describes “a whole new depth of outrage,” experienced by those on “the receiving end of the missile,” because “the guy pulling the trigger” is in a “position of safety.” Rather than keeping us safer, Bowden argues that the drone program empowers America’s to act with impunity, and is used as a pretext to commit terrorist acts against civilians. Thus, America is in the awkward position of being a threat to everyone. Even itself.

What do you want? More? How’s this: the United States is a country that spies not only on its enemies, but on its allies and even its own citizens. What does that sound like to you? A beacon of freedom and democracy? Or an eastern European Soviet backed police state?

So when the world is faced with such a monster, who is there to save the day? The United States. Only America can stop America. As the world’s greatest – and perhaps only – superpower, the United States alone has the power to degrade and wipe out the overwhelming strength of its own bloated military.

Now, I’m not suggesting this is going to be easy. As our president is so fond of saying, there are gonna be some tough times ahead. But this is a

situation where America simply cannot afford to lose face. As David Gergen says, “The danger is the more reluctant you are, and the more deliberative you are, the danger is you start looking weak.”

I couldn’t agree more. It’s time for us to face the real enemy. And it’s the best of all choices. Striking a blow to America’s military might will involve no collateral damage. Not one bomb need be dropped; no bullet need be fired. Such action will save countless lives  abroad, not to mention those of the brave men and women serving in our military. It is time for America to liberate America from the stifling grip of tyranny. Think about what the saved hundreds of billions of dollars in military spending could buy: affordable, single payer healthcare; new roads and bridges; well funded education; and an end to our mounting deficit. Gergen is right: we can’t afford to be weak. The best part is, we can do it without the United Nations or the help of a single other country.

Because in the end, the only one in the world who can put a stop to America’s war machine is America itself. It’s time to get busy. Please contact your senator and congressperson today, and tell them to vote “no” on U.S. military action in Syria.